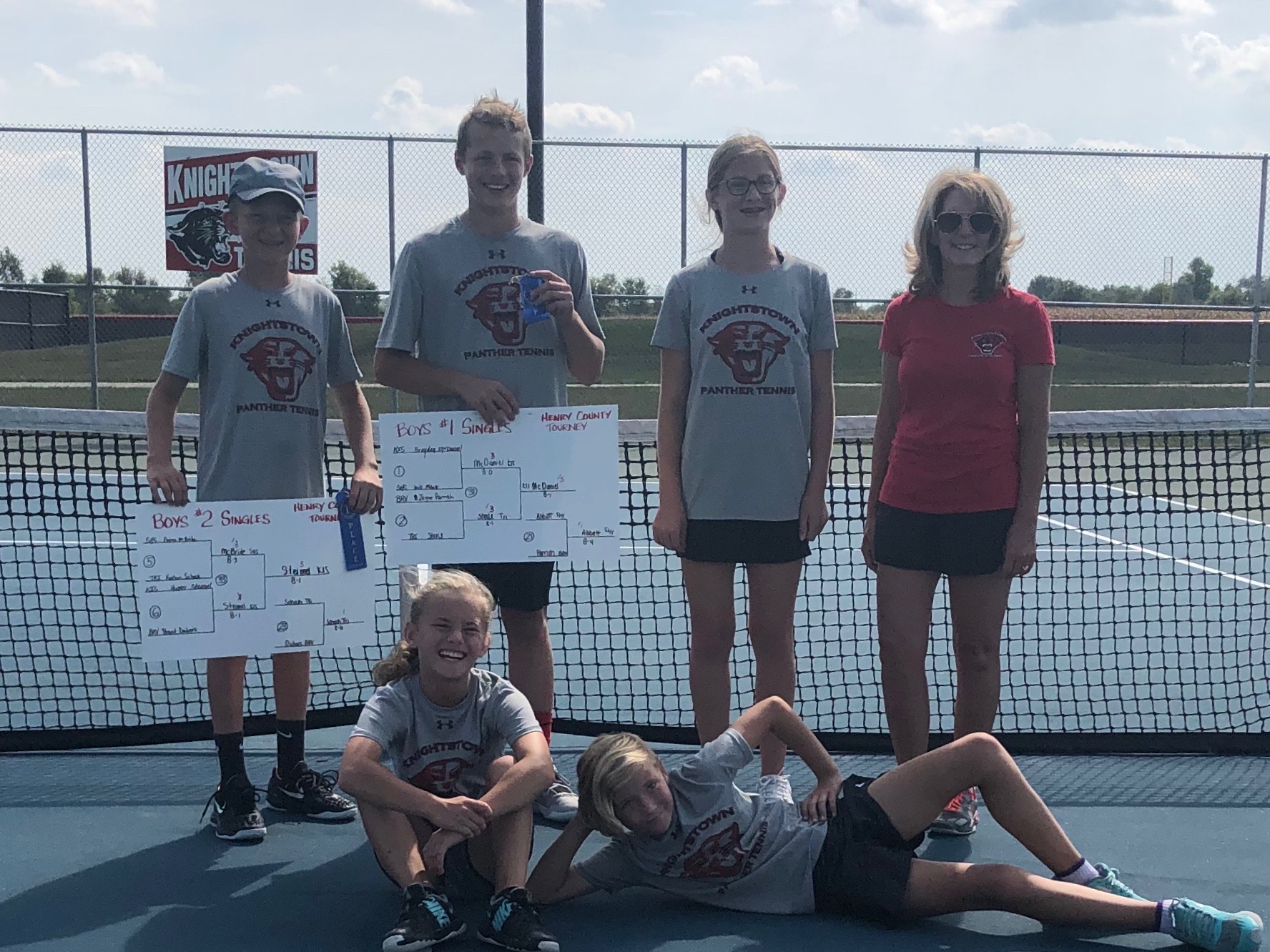 The KIS JR High tennis team made a good showing at the county tournament on Saturday, coming in 3rd place, despite forfeiting 3 of 5 boys positions & 2 of 5 girls positions. Competition for the championships came from Shenandoah and Blue River, both having full rosters. The SHS Raiders prevailed in both the boys and girls championships, followed by BRV in 2nd. Tri came in 4th, being in the same situation as the Panthers, having to default several courts.

Highlights for Knightstown:
* #1 Singles Brayden McDaniel outplayed both of his opponents by a great margin, beating his Shenandoah opponent 8-0 in the first round of play and Tri’s #1 player 8-1 in the championship round. This secured his second year win as #1 Singles county champion before moving on to high school next year.

*#2 Singles Hunter Steimel followed suit, outplaying his opponents just as well, prevailing 8-1 in the first round against BRV and outplaying SHS 8-1in the championship round, securing the #2 Singles championship. Hunter won the #3 Singles spot last year.

*The boys defaulted the #3 Singles, #1 & #2 Doubles positions and still managed to come in only 1 point behind BRV, who place 2nd with a full roster.

*For the girl’s team, #1 Singles Becca Waggoner fought hard against a tough BRV opponent falling short with a 6-8 loss in the first round. She turned it around in the consolation round winning a definitive 8-2.

*#2 Singles Jacey Hollars followed in the same pattern losing her first round match 1-8 to BRV #2S who won the championship for that position. Jacey prevailed in the consolation round decisively winning 8-0.

*#1 Doubles Peyton McDaniel & Evie Berrier drew a forfeit in the first round moving them directly into the championship round to face SHS. The 5th graders made a great showing, but fell short 3-8.

*The girl’s defaulted #3 Singles and #2 Doubles.