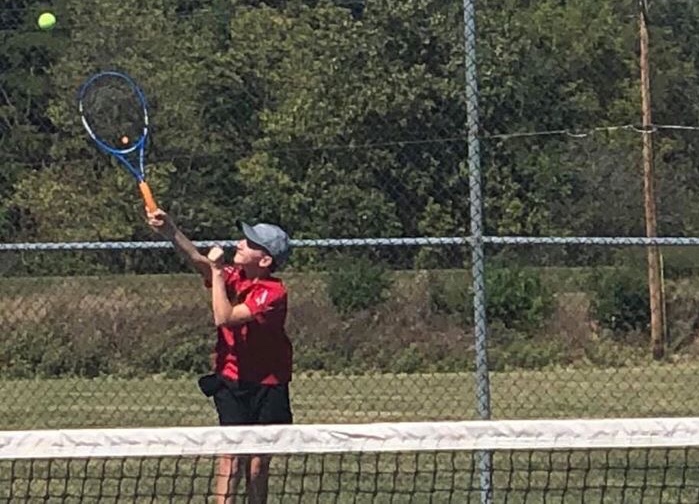 Teaming up for doubles Brayden McDaniel & Hunter Steimel seized the first win of the evening 8-2. They played 5 players from Shenandoah that were rotated in during the match to allow for play time of the 26 player roster.

Evie Berrier & Peyton McDaniel lost 1-8 in their match against the Shenandoah players.

In exhibition matches:
B McDaniel/Steimel won a doubles match 4-2 and both won their singles matches 4-1.
Hollars/Waggoner won 5-3 and P McDaniel/Berrier edged out their opponents winning 4-3