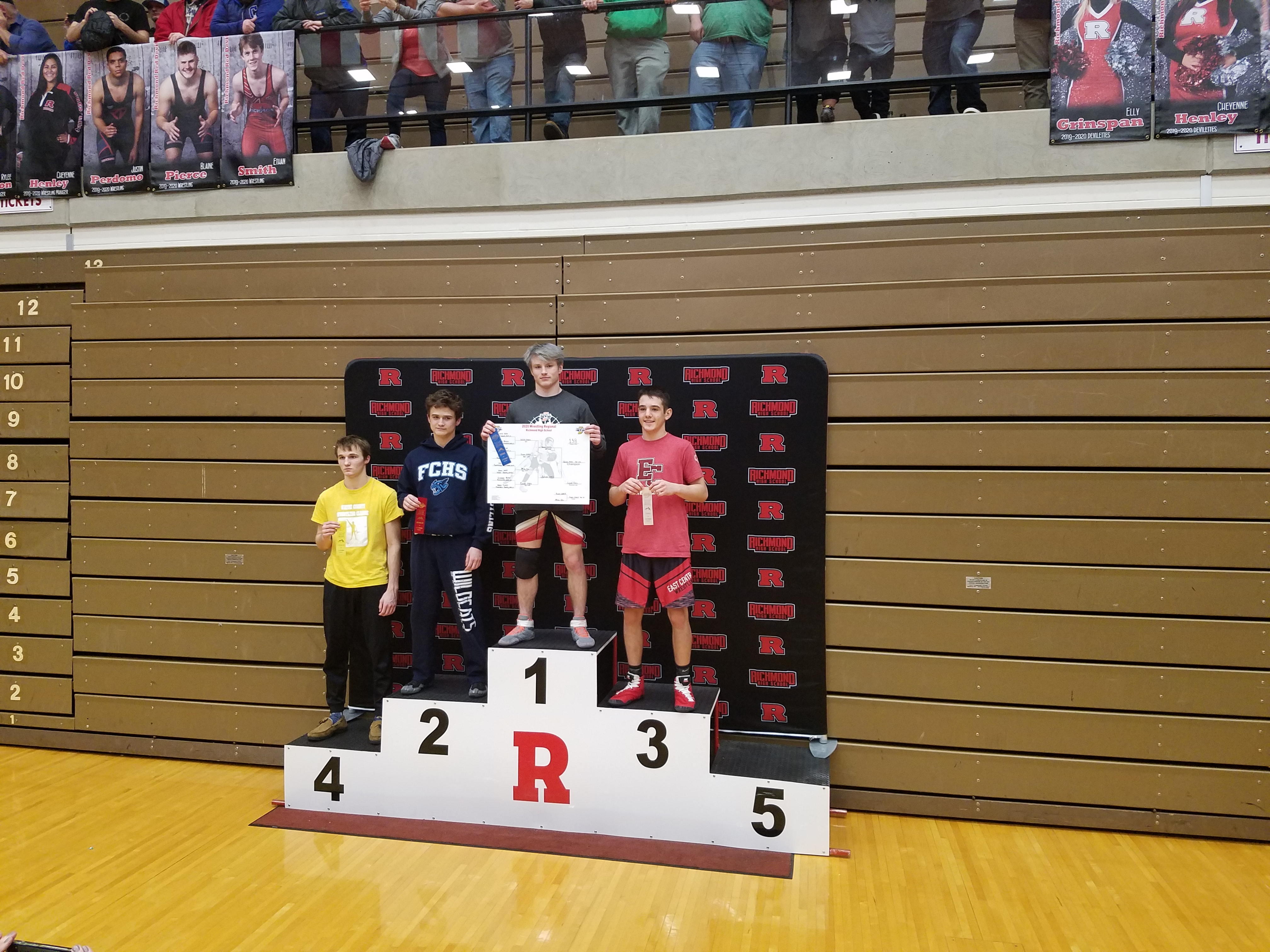 The Panther Wrestling team, led by Senior Nick Walsh, was able to send three wrestlers to the Semi-State competition from the Richmond Regional on Saturday.

Nick, wrestling at 138 lbs, entered the tournament as a 1 seed, given by his success at the Tri Sectional. After taking a first round injury default from a Rushville opponent, Nick had already secured a spot in the next week of the state tournament. In the semifinals, Nick took on a solid opponent from East Central, and came away with a commanding 15-6 victory. In the finals match, Nick faced the opposing 1 seed from Franklin County. After a quick takedown and nearfall points, he was able to secure a pin and the championship. His efforts give him a favorable draw at the New Castle Semi-State on Feb 15th.

At 182 pounds, Senior Aiden Orcutt also entered the tournament as a 1 seed. Aiden continued his recent dominance with first period pins against wrestlers from MIlan and Rushville. Aiden worked his way to the finals match, facing a state ranked opponent from East Central. Unfortunately, he was outmatched in the finals 20-8, but still came away with a second place finish and a Semi-State berth.

Younger brother Liam Orcutt, wrestling at 195 lbs, saw some success in the tournament as well. Liam started his day with another first period pin, to set up a second round battle with a state ranked opponent from East Central. Liam wrestled well in the first period, tying the score 5-5 by gaining nearfall points, unfortunately Liam was pinned in the second, setting up a match for 3rd place. There, he wrestled a familiar opponent from Hagerstown and again secured a pin for the 3rd place ribbon and a spot at New Castle.

Noah Cook, Jared Richardson, and Landon Carmichael also represented their school well at the tournament, but all took first round losses to eventual finalists. The three surviving Panther Wrestlers will be in action again at the New Castle Semi-State on Feb. 15th at 9 am.