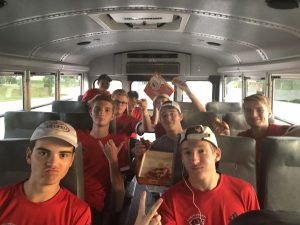 The Varsity tennis team won their 32nd regular season match in a row tonight with a road win against Union City.  This team has brought energy and desire every night, and has consistently found ways to win even when playing from behind.  Their last regular season loss was August 15th, 2017.  We celebrated the milestone with a stop for pizza in Richmond on the way home. 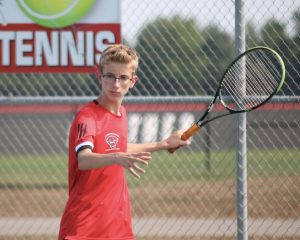 Both Doubles courts dominated tonight, consolidating some gains in both strategy and court positioning.  Kyle Johnson and Ethan Yoder won #1 Singles 6-1, 6-0 while Dylan Chandler and Alex Cook did equally as well but with reverse scores, winning #2 Doubles  6-0, 6-1.

Knightstown Tennis will be back in action on Saturday morning at the Henry County tourney, looking to defend their title from last year.